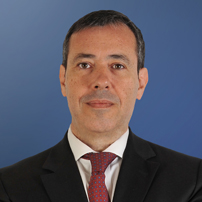 Equity partner in the firm, Francesco assists entities and corporations, both Italian and foreign and generally large-sized, regardinglegal, tax and social security issues relating to the area of human resources management within companies. Francesco has also gained significant experience regarding tax law for individual taxpayers.

Francesco graduated with a degree in Business and Economics, with distinction, from the Sapienza University of Rome, and is a member of the Association of Tax Advisors and Accountants of Rome and the Register of Statutory Auditors.

Before joining SCGT (Studio di Consulenza Giuridico-Tributaria), Francesco carried out his activities in the area of individual taxation at Camozzi & Bonissoni – Studio Legale e Tributario, where he was a partner responsible for the human resources management area (2004-2007), Studio Tributario e Societario, connected to the Deloitte network (2003-2004), and Studio di Consulenza Legale e Tributaria, connected to the Andersen network (1992-2003).

He was a member of the Tax and Economic Policy Experts Committee of the Presidency of the Council of Ministers in the 63rd government of the Italian Republic.

He was a member of the Board of Auditors of the National Agency for Active Labour Market Policies (ANPAL).

He is a member of the Commission for the Certification of Employment Contracts and Subcontracts established at the University of Rome Tor Vergata and the Direct Taxes – International Taxation – Subcommittee on International and Community Tax Law Commission of the Association of Tax Advisors and Accountants of Rome, as well as head of research for the tax area of the Study Centre of the Italian Association for Personnel Management (AIDP).

Francesco is a lecturer at various public and private institutions, including the National School of Administration, the Sapienza University of Rome, the University of Rome Tor Vergata, LUISS Guido Carli – Free International University of Social Studies, and the Association of Tax Advisors and Accountants of Rome. He is often asked to act as speaker or moderator in seminars and conferences held by industrial unions and trade associations, including Assonime and ABI.