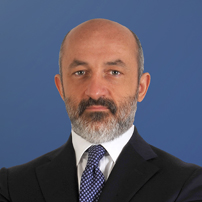 Equity partner in the firm, Alberto generally assists large-sized corporations and entities, both Italian and foreign, in the field of direct domestic and international taxation, providing advice on particularly complex issues such as extraordinary corporate transactions, the bank taxation system and derivatives taxation, transfer pricing and the taxation of IAS/IFRS principles. Previously, he carried out his activities as manager of direct taxation of Assonime – the Association of Italian Joint Stock Companies (2002-2006), with which he continues to collaborate, as senior manager at Studio di Consulenza Legale e Tributaria, a member of Andersen Worldwide (1999-2002), and in both Italy and Britain, as senior tax consultant at Studio Associato – Consulenza Tributaria e Legale, connected to the KPMG network (1995-1999).

Alberto graduated with a degree in Business and Economics, with distinction, from LUISS Guido Carli – Free International University of Social Studies in Rome, and is a member of the Association of Tax Advisors and Accountants of Rome and the Register of Statutory Auditors.

He is currently chairman of the Direct taxes – IAS adopter business income commission of the Association of Tax Advisors and Accountants of Rome, Area Expert for the Fiscal Sector at the CNDCEC and member of the ETAF – European Tax Adviser Federation.He was recently a member of the Tax and Economic Policy Experts Committee of the Presidency of the Council of Ministers in the 63rd government of the Italian Republic.

He is, and has been, a lecturer at various public and private institutions, including Luigi Bocconi Commercial University, Milano Bicocca University and LUISS Guido Carli – Free International University of Social Studies in Rome, and also the Advanced School for Economics and Finance and the Association of Tax Advisors and Accountants of Rome and the School of Advanced Education and Training of the ODCEC of Rome, and is often asked to act as speaker and moderator in seminars and conferences.